Systematic warming pool discovered in the Pacific due to human activities

The image shows the increase of water temperature over the northeast Pacfic Ocean from 1996 to 2021 (Pacfic warming pool). The measurments are shown in °C per decade increase. The white counter represents the 2019-2021 marine heatwave co-located with the “warming pool” (Download below).

A long-term, increasingly warming pool of water in the northeast Pacific was recently discovered by a team of researchers from Universität Hamburg’s Cluster of Excellence CLICCS. It measures three million square kilometers, resulted from increased anthropogenic greenhouse-gas emissions, and is conducive to extreme heatwaves in the northeast Pacific.

In a study just released in the journal Nature Communications Earth and Environment, Dr. Armineh Barkhordarian confirms that this systematic warming pool is not the result of natural climatic variations – but of human influences instead. “This warming pool will continue to increase the water temperature in the future, increasing both the frequency and intensity of local marine heatwaves. "The sharp increase in average water temperature is pushing ecosystems to their limits,” explains Barkhordarian, an expert on atmospheric science and member of Universität Hamburg’s Cluster of Excellence “Climate, Climatic Change, and Society” (CLICCS).

Barkhordarian and her team show how the long-term warming pool has promoted local marine heatwaves in the past. One of these phenomena gained notoriety as the deadly “Pacific Ocean Blob,” which had devastating consequences between 2014 and 2015: marine productivity faltered, toxic algal blooms formed, and seabirds and marine mammals died in droves. In addition, the event led to severe droughts on the west coast of the USA.

The most recent marine heatwave continued for three years, from 2019 to 2021, producing water temperatures up to six degrees Celsius above average. Barkhordarian’s team have now proven that increased anthropogenic greenhouse-gas emissions were directly responsible for the extreme event. The probability of such a heatwave arising without human influences is less than one percent; there is a 99-percent probability that increased greenhouse-gas emissions were also required.

In addition, the study shows that the water temperature over the warming pool in the northeast Pacific increased by an average of 0.05 degrees Celsius per year over the past 25 years. Overall, the region cooled less in winter and the summer was 37 days longer on average. As a result, over the past 20 years there have been 31 marine heatwaves in this region alone, compared to just nine between 1982 and 1999.

“More frequent and extreme marine heatwaves are a serious burden for affected ecosystems. This not only poses a tremendous threat to biodiversity; it can also push these marine ecosystems past a tipping point, after which they can no longer recover,” says Barkhordarian. “The discovery of the long-term warming pool will now provide us with crucial information on the likelihood of such extreme events in the future.”

To what extent are human beings responsible? In what is referred to as attribution research, experts compare how the world developed with human influences, and how it would have done so without them. In the present study, the percentage of marine heatwaves resulting from additional anthropogenic greenhouse gases since 1982 was calculated. This allows statistically based conclusions on the future to be drawn. 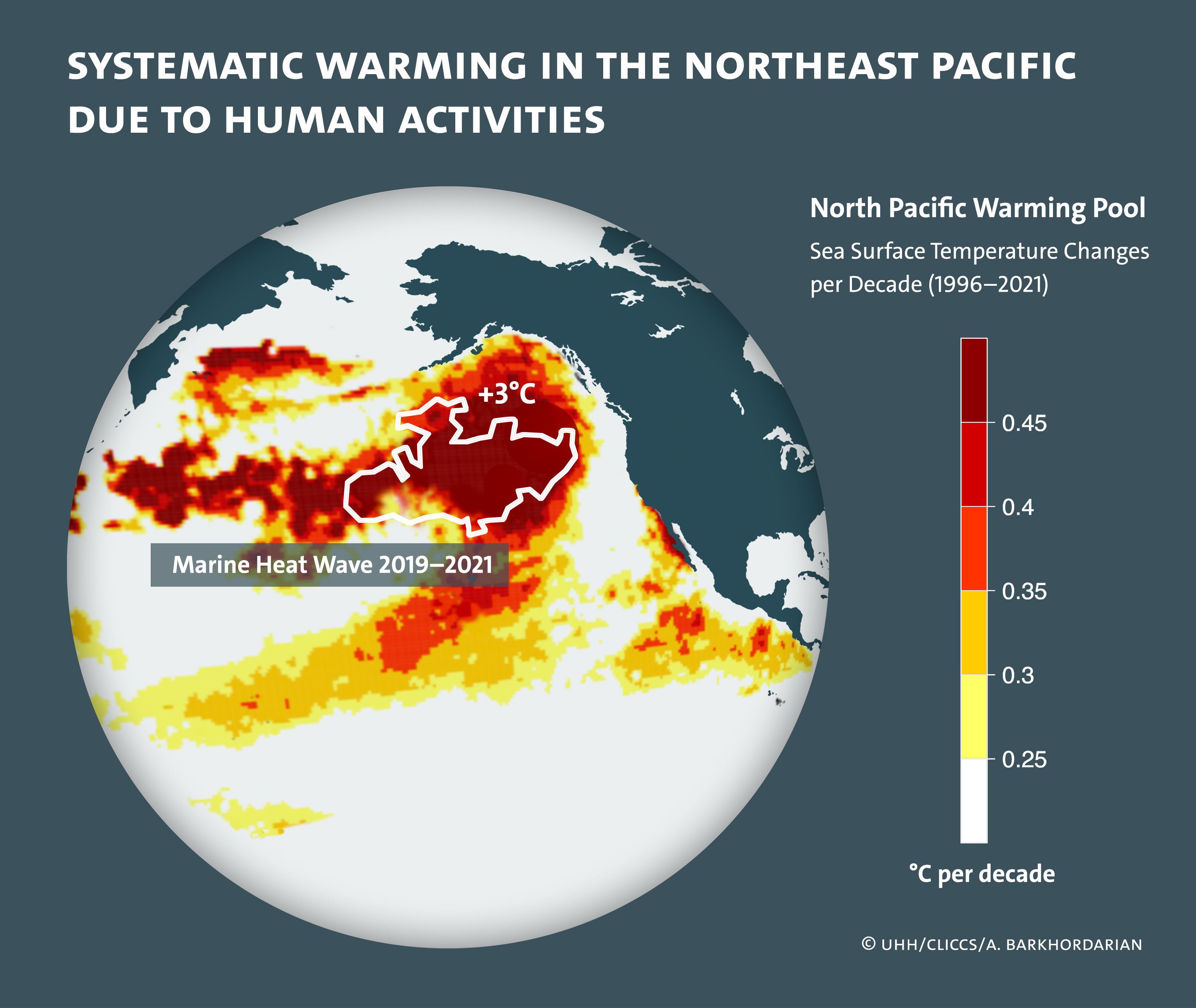 26.10.2021|Forschung
Anthropological Research in India and the Harz

Many of the University’s scientists pursue research not only in Hamburg, but also in various parts of the world. However, the pandemic has made this almost impossible. In anthropology it’s common practice to spend several months researching in the field, normally focusing on a particular region...