The Wladimir Köppen Award includes a cash component of 5,000 euros and is awarded by Universität Hamburg’s Cluster of Excellence “Climate, Climatic Change, and Society” (CLICCS). Awarded for the eleventh time in 2020, its purpose is to recognize outstanding dissertations written by young researchers. 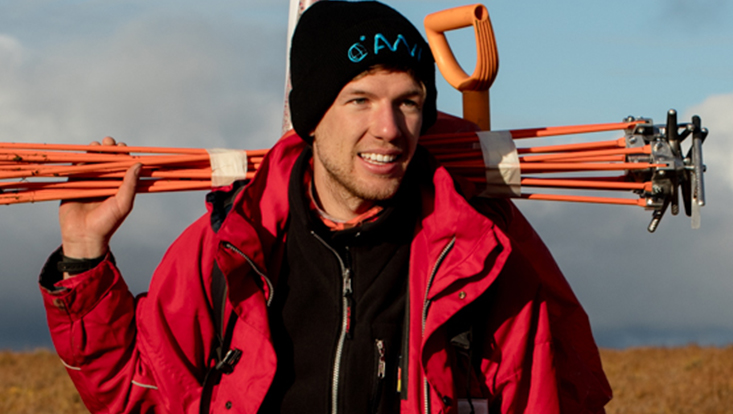 Dr. Jan Nitzbon was awarded the 2020 Wladimir Köppen Prize for his doctoral thesis, which represents a valuable contribution toward refining simulations of permafrost development: in it, he demonstrates the importance of small-scale landscape characteristics, since they influence the amount of greenhouse gases released as a result of thawing. In the future, his findings could help provide a more realistic picture of permafrost thawing.

Jan Nitzbon received his doctorate in geography with distinction from the Humboldt-Universität zu Berlin. He conducted his research at the Alfred Wegener Institute in Potsdam, where he investigated changes in the Siberian tundra resulting from permafrost thawing: because the melting ice makes the soil less stable, it can lead to small- and large-scale depressions, as well as landslides. In these so-called thermokarst landscapes, areas form with differing thawing behaviors and varying routes for water and gases. The result: in certain places, the permafrost thaws more quickly. To date, such processes have largely been ignored in climate models, or only included in a highly simplified form. As such, they show the permafrost remaining largely stable – which doesn’t reflect the reality.

Using a computer model of his own design, Nitzbon has shown that the transport of heat, water, snow and sediment is a key influencing factor in the dynamics of permafrost landscapes, and in the amount of permafrost that thaws. According to the jury, by innovatively modeling and depicting small-scale structures and how they change over time, he has made it possible to far more accurately predict developments in the landscape and its greenhouse gas emissions. By doing so, the physicist has closed an important gap in Earth systems research, and for the first time offered insights into why the Arctic permafrost is reacting much more rapidly and radically than previously predicted.